Barbara’s career as a Director and Choreographer began when choreographing the winning entry for Finland in the World Dance Championships and this led to a commission to create KABUKI for the Oslo Dance Company in Norway. Choreography across all sectors quickly followed ranging from AIDA for the Nonsuch Opera Company to working with the Tussaud Group developing and integrat- ing actors and dancers within their Contemporary Circus shows . Barbara was appointed Movement Director for the long running musical IKEANO in Dublin and Manchester Lowry which ran for 4 years.

As a Director Barbara has worked with many stars of the industry including Aston Merrygold , Craig Revel Horwood , David Essex , Paul Nicholas , Steve McFadden and Julian Clary . Barbara has created flying sequences on a yearly ba- sis as director and choreographer of Peter Pan including Plymouth Theatre Royal , Bromley Churchill Theatre and New Theatre Cardiff.

Barbara returned to circus with an aerial spectacular inte- grating singers , dancers and international circus artistes . Barbara’s own commissions are renowned for their narra- tive structure and innovative vision using quality elite dancers to produce creative excellence . In 2016 the full scale show EVOLUTION was commissioned for a 5 year contract on P&O’s Azura . All aspects of the show were de- signed , directed and choreographed by Barbara .

In September 2019 Barbara produced and launched the Z Bo Jackson Company alongside ATG with a dance Gala at the Manchester Palace Theatre. Hosted by SKY’s Got to dance judge Kimberly Wyatt and starring ITV’s BGT final- ists Flawless with BRB’s soloist Brandon Lawrence.

Alongside a career as a Director/Choreographer Barbara Jackson has also had a career as a jazz dance specialist and has lectured worldwide in Canada , Germany , Norway , Italy and South Africa.

Barbara specialises in narrative driven theatrical experi- ences integrating the creative technology with the per- formers to create a multi-layered medium . As a visual movement specialist Barbara’s choreography has covered a broad spectrum of theatre from Opera to Street Dance , Acrobatics and Aerial Dance. 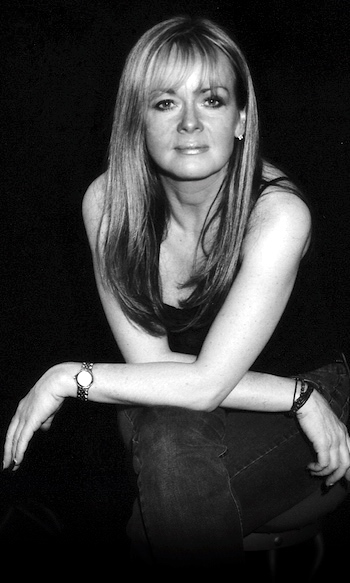